I have been a subscriber of the youtube channel of SurvivalTech Nord and frequent reader of his page survivaltechnology.net since I started with ham radio. I really like the way he works, talks and thinks. So I was very happy when he proposed a sked on saturday just a few minutes after I replied to a comment to his great video about Rapid Deployment. Please watch this video, it is more than worth the time, and a thought about your own capabilities.

A few ours later I packed my stuff and headed to the Lobdeburg which is an old castle on a „mountain“ right above my house. You can see pictures of it down below. It makes for a high enough spot to deploy my Buddipole SetUp and is just a 20minutes walk uphill from my flat. Packing my stuff is fast and easy as the components are „ready to go“ and I only need to grab the ones, I want to use for the day and add them to my EDC kit. The Buddipole with a different mast has already shown it’s rapid deployment capabilities. 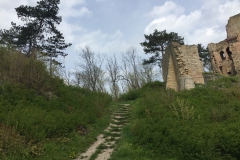 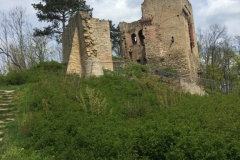 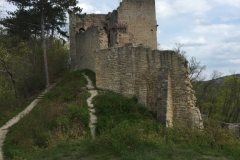 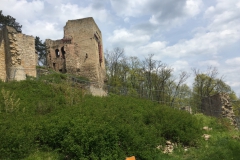 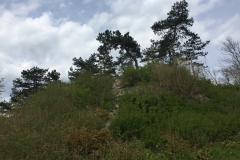 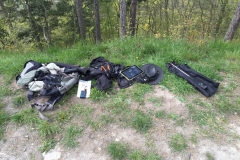 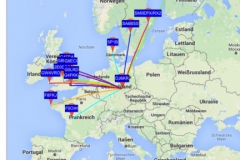 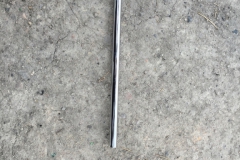 I used a WolphiLink Interface and DroidPSK on an Andriod tablet, my FT-817ND for HF, my FT-1XDE for APRS and a KG-UV8D for the local repeaters. The equipment caught a lot of attention from other people and therefore I had the pleasure to explain a lot of interested people what I was doing. Great advertisement 🙂 Especially that I was not only transmitting to just anyone, but that this was a planed and directed connection, actually caused people to clap their hands in applause!

The only downside, was that my antenna (the Buddipole) fell once again due to harsh wind, and I lost another whip antenna to this fall. Well I learned, that you got to really put tention on those guying wires, in order to have the Shock Cord Mast bent a little and therefore press itself in the ground.

When the QSO was over, I switched to WSPR and checked for the propagation reports I could get on 30m. It was Finnland to Souther Europe, which is exactly what I wanted and expected.

This was a great day, a great experience and it was one hell of a blast! Thank you Julian! I am looking forward to upcomming test with different antennas and SetUps.