„Buzzwords sell products“ – A lesson I learned from SurvivalTech Nord’s product review comparing the Chameleon MPAS and Alpha Antenna’s EZ-Military. In the German Version of this article, I sumed up what was going on on youtube and STN’s Blog but you, being able to read english, are kindly asked, to get your own picture using the links provided. It is more than worth the time.

I must say, I was a fan of the MPAS from the start, but I knew people who were pretty fond of the Alpha, so I waited for STN to finish his series before I made up my mind, which Antenna System would be the right one for me. Now that I have had this patience I am sure: I want an MPAS, BUT not yet. I cam across a whip antenna made for the German (2.65m 8 sections) and US military (2.85m 7sections), which is more comparable to the EZ-military, as it is made with smaller sections and looks slim, BUT (yes there is an allmighty BUT) it has full continuity, something the Alpha lacks. Buying this Antenna from a German military left overs market, I came up with the idea to proove the thesis, many people had come up with in the commentaries: I will try an build my own Version of the Alpha EZ Military. It is called a Version of the latter and not the MPAS, as I will not be able to compeat with –>this <–, but have already had better results concerning continuity between the sections than others had with the Alpha. My Kit so far consists of the following parts:

The first test of deployment showed the advantage of the jaw-mount my system lacks: wind tipps over the antenna. I was trying to have another SKED with Julian (STN), but the wind was so hard, it nearly blew me off the tower I climbed to be in a higher position, and later on nearly knocked my bike over. By the way… in windy conditions, stay the f*ck away from electric fences…. just saying…. gosh that hurt. You will see pictures in the gallery down below, and I will follow this up with my test on how this Antenna works. 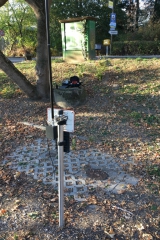 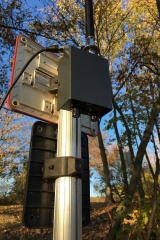 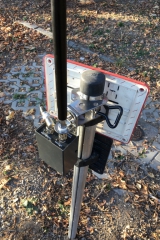 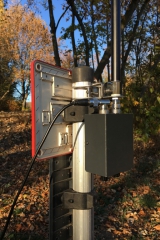 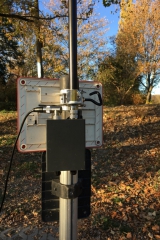 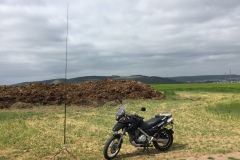 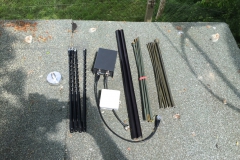 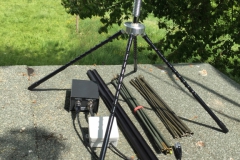 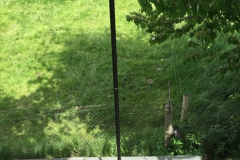 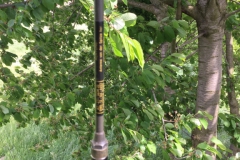 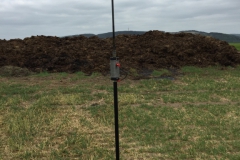 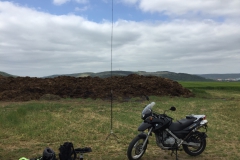 Last but not least: I will buy an MPAS one day, for sure. But until then I want to see what I can come up with myself. If you want to get the MPAS, look closely while you watch STN’s videos, you will find a discount code, which will make it only 300$!