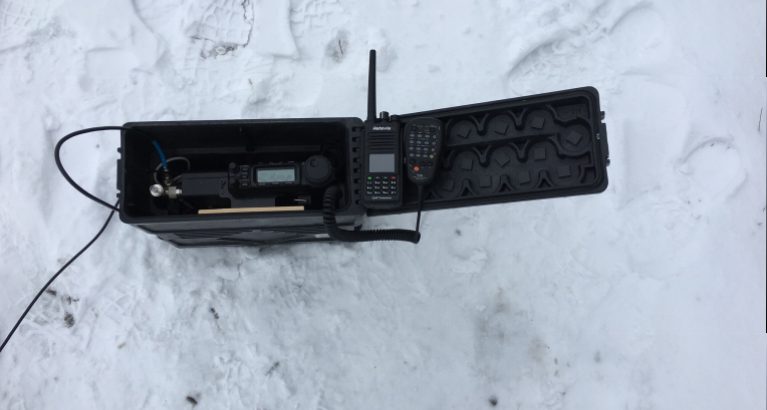 A week ago I asked our german readers to participate in the DARC 10m Contest. I case they had no antenna for it, I pointed towards the so called LHKA (Lambda half koax antenna); an endfed halfwave design without radials. It works great an is easy to build. There is a german artikel by Robin DO6XJ >here<. If you need a translation, just tell us and we will post an english Version.

As I myself had a few new online orders to justify, I used a little more complex set up:

Some time ago, I decided to adjust the way I pack my stuff to a modular design. I can easily add and remove components. This allowed my to stand up, pack my stuff, carry it up to the Lobdeburg castle and set up my station, all within one single hour. DO1AYJ and DO1ABZ were kind enough to „accompany“ me up the mountain via the DB0JNA repeater, while getting their own contest stations ready. Thanks guys! 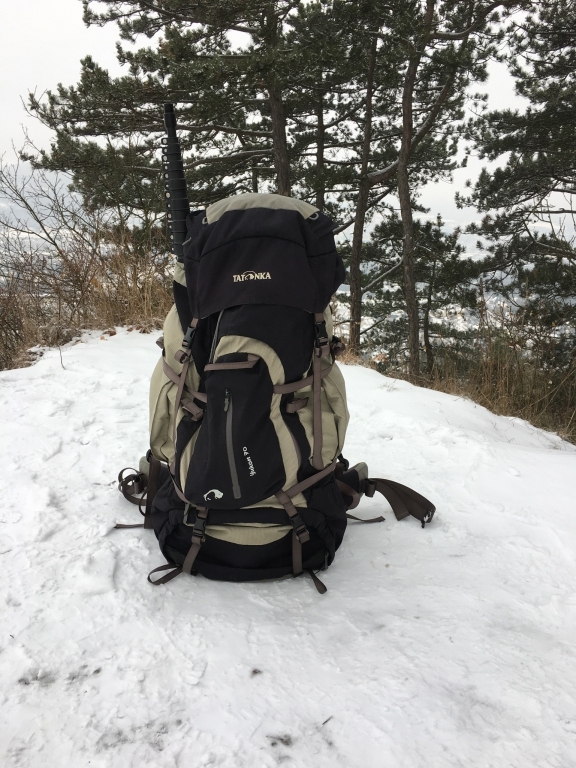 At the old castle I set up the long mast and a horizontal Dipol with the Buddipole stuff. 5.5m plus the tripod is more than a halfwave over ground for this setUp und made my set up work like a charm with the settings recommended in „Buddipole in the field“ by B. Scott Andersen, NE1RD. 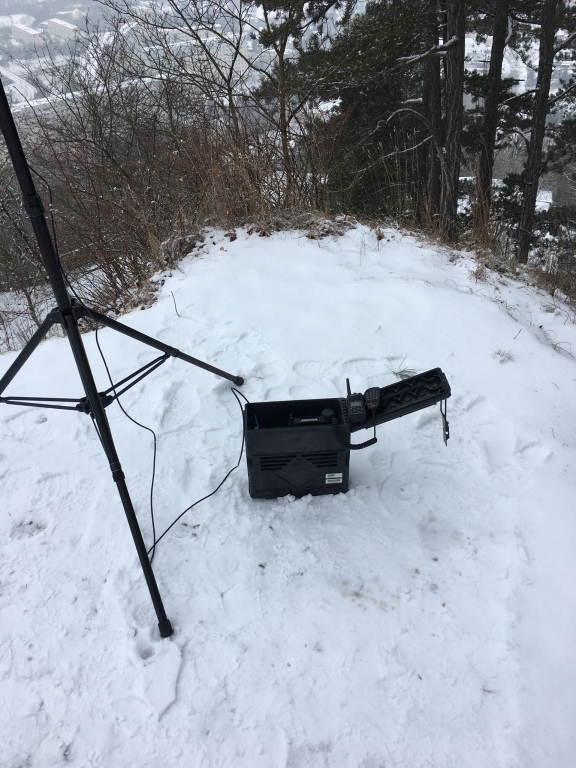 Thanks to my >ammo can<, my electronics were at least a little protected from the snow and cold up on the „“““mountain““““. Just a single line of coax is going in and it runs, just like that. The power was delivered by two 5Ahs 3s Lipos. They are way lighter than my SLABS I used before. „Plug&Play“ in the field. Nice.

Of course there always is that one hair in the soup. One hour into the contest, I figured I had worked most of the stations I could hear and didn’t feel like calling CQ myself. So I wanted to just quickly change to a vertical configuration. SWR was great and I was hiped about how fast I could change between horizontal and vertical with the use of the RAK. 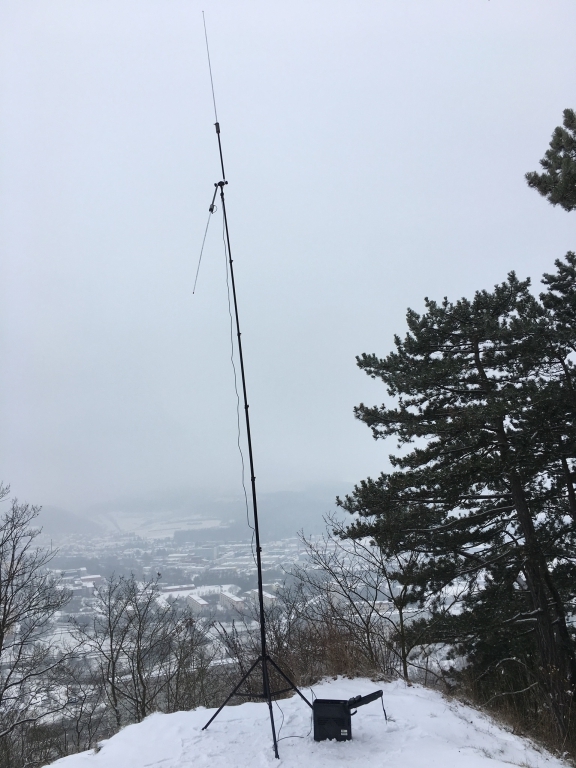 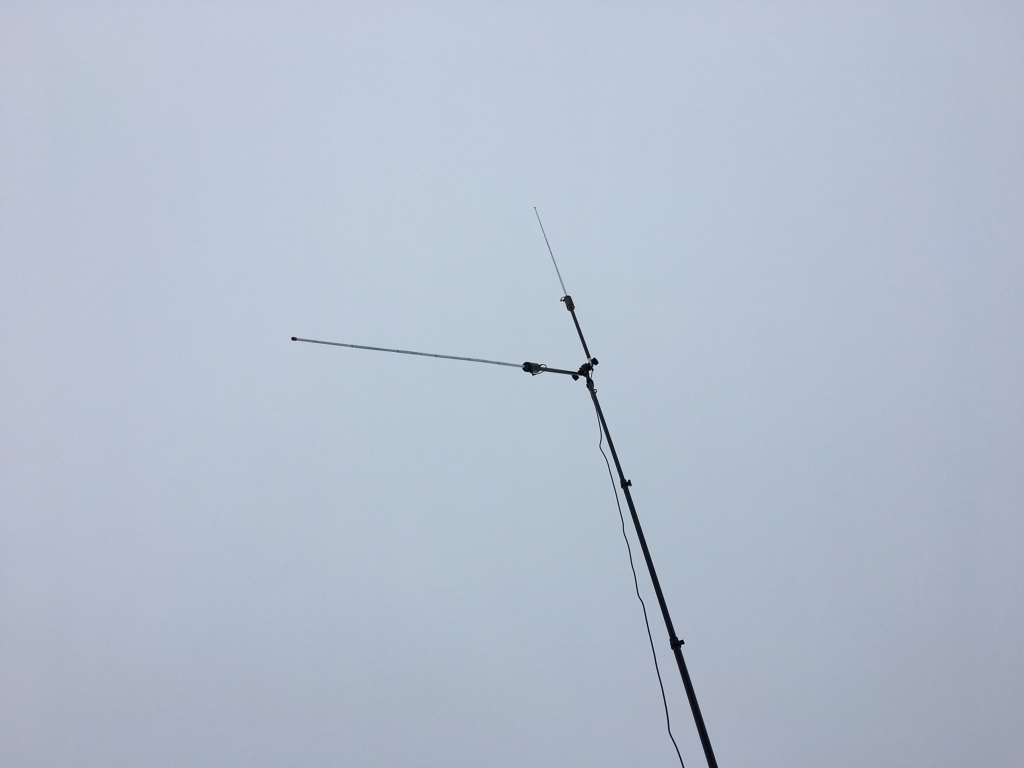 But that was about it, because noone could hear me anymore. My signal itself was getting out there, but my audio did not. I checked back with DO1ABZ via the repeater and he told me, what I already figured… No usable audio, but S9+. I have had that problem before and I know that it’s due to RF getting in the MH59A8j mic of my FT-857D TRX. In the past I got rid of that problem, by just getting my TRX away from the Antenna, but with just 7m of coax and an antenna height of about 6m, I was tied down.

Another reason for me to stay close to my antenna mast, is that I did not use any guying ropes. I know myself that this is a rather stupid idea, but hey… what can I say, I want adventure, I want adrenalin, I want the thrill… 😉 Anyways, there was no problem, and the tripod did a great job.

So, vertical was done for and I changed back to horizontal. I worked 10 stations and 8 different DOK. Not gonna win the contest with that, but I had a blast 🙂 I stayed with 20Watt usually, but was using the extra power of my FT-857D for those two times, when a station had a lot of QRM at it’s position.

In the end I packed up within just minutes and went home. Only leaving my traces in the snow and in the logs of the other contesters.